You are here: Home / Tornadoes

Tornadoes in and around Schuylkill County Pennsylvania

Tornadoes are quite rare in our area of Pennsylvania; though, certainly not unheard of. Therefore, being aware of the potential danger of tornadoes should be part of your preparedness planning.

The two most recent events within the county took place in May of 2011 within days of each other.  A relatively small, EF1 tornado struck in the Lewistown Valley area of Walker Township, damaging some farm buildings and structures.  This particular event was short lived and only impacted a small geographic area.  Several days later, another EF1 tornado weaved a path through the county from the area of Washington Township near the golf course, through rural areas of Wayne, North Manheim, West Brunswick and East Brunswick Townships (about 16 miles distance and about 600 feet across).  Several residential areas were impacted and the roof was blown off of the historic Seven Stars Hotel (on right).  The National Weather Service provided staff to survey the damage and determine the type of wind and the strength, based on damage observed from both ground level and from a helicopter.

Tornadoes have also struck more recently in Columbia during April of 2019, Luzerne in June 2018 and a very unusual situation that occurred in Lancaster Counties in February of 2016, when a winter tornado caused an estimated $8 million damage.   As tornadoes are very unpredictable and originate from thunderstorm cells, it is imperative that you remain vigilant and react quickly to seek protection, as tornadoes can form with little to no warning.  You may encounter a tornado while at home, at work or while traveling, knowing the dangers and the actions necessary to seek safety are essential. 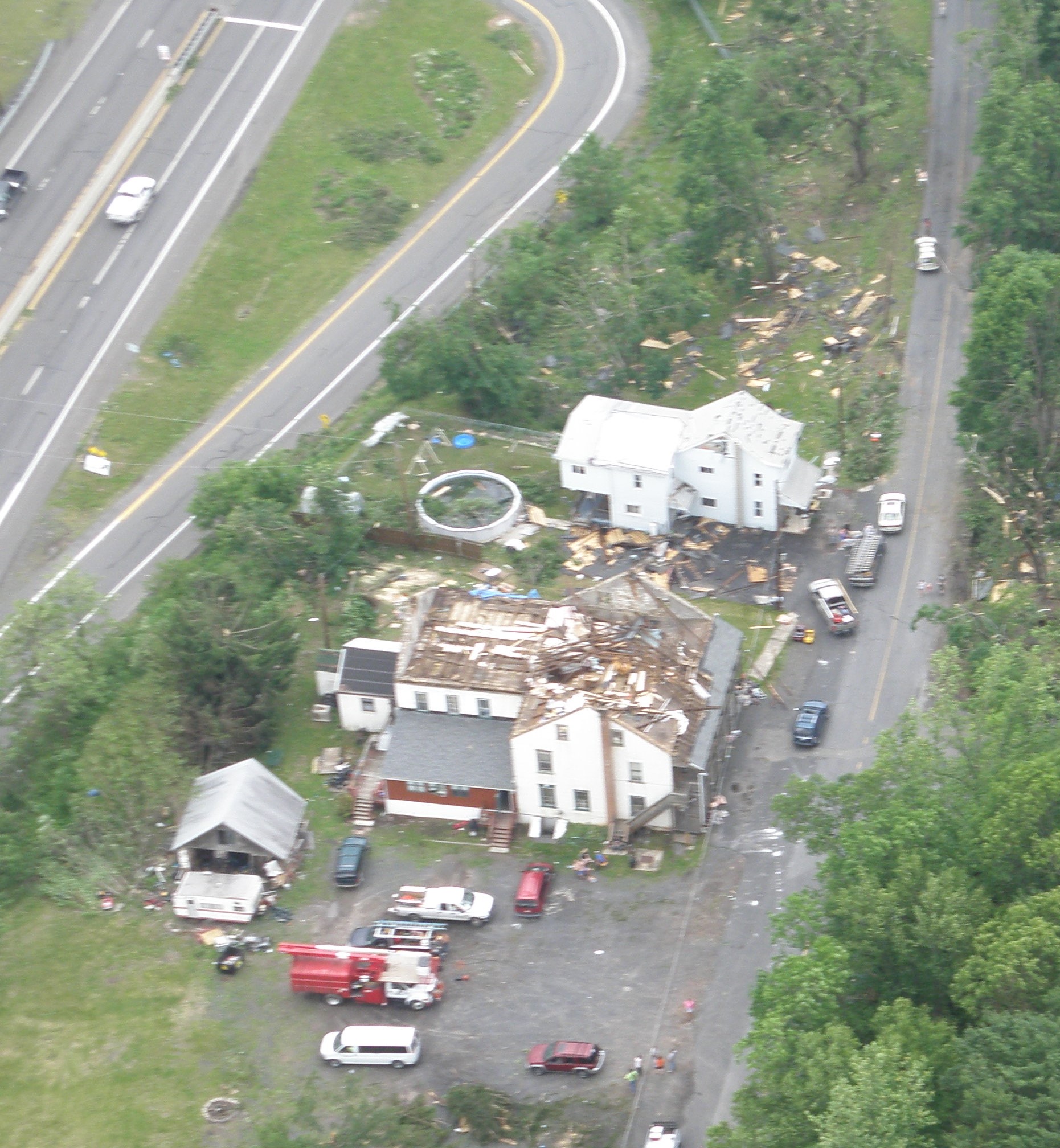 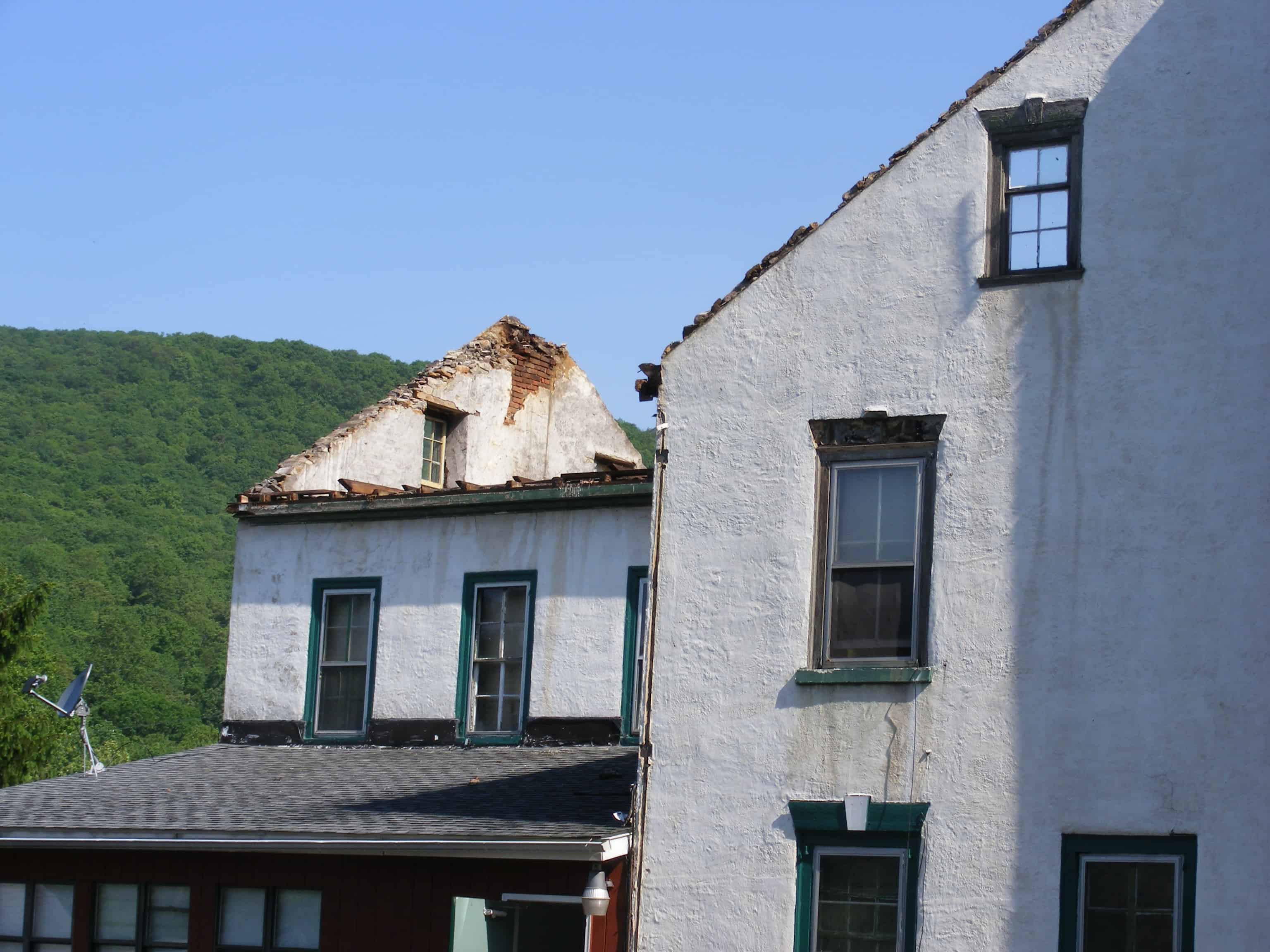 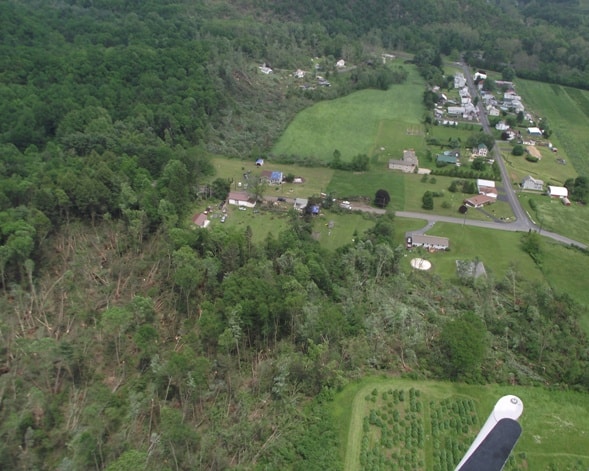 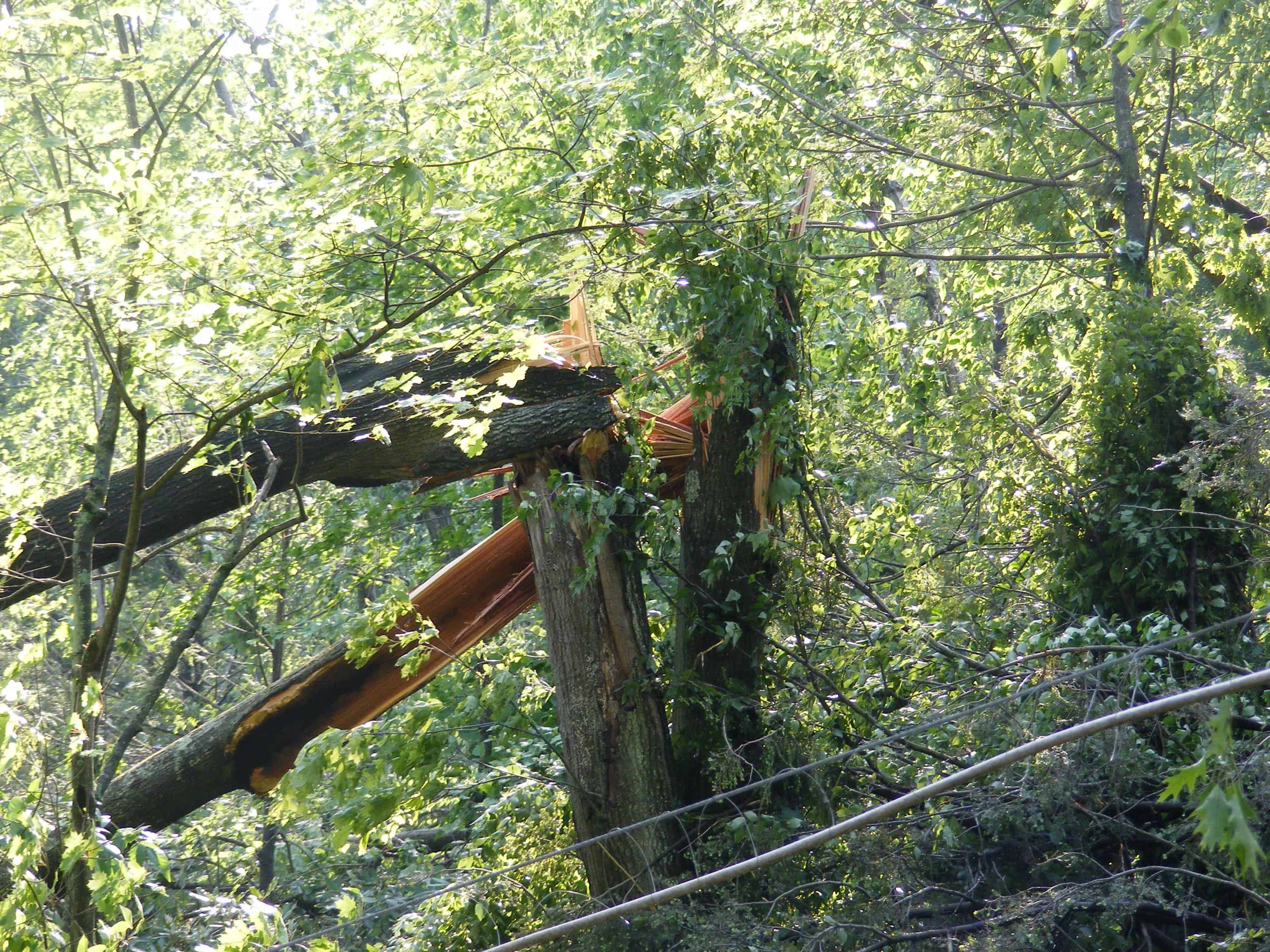 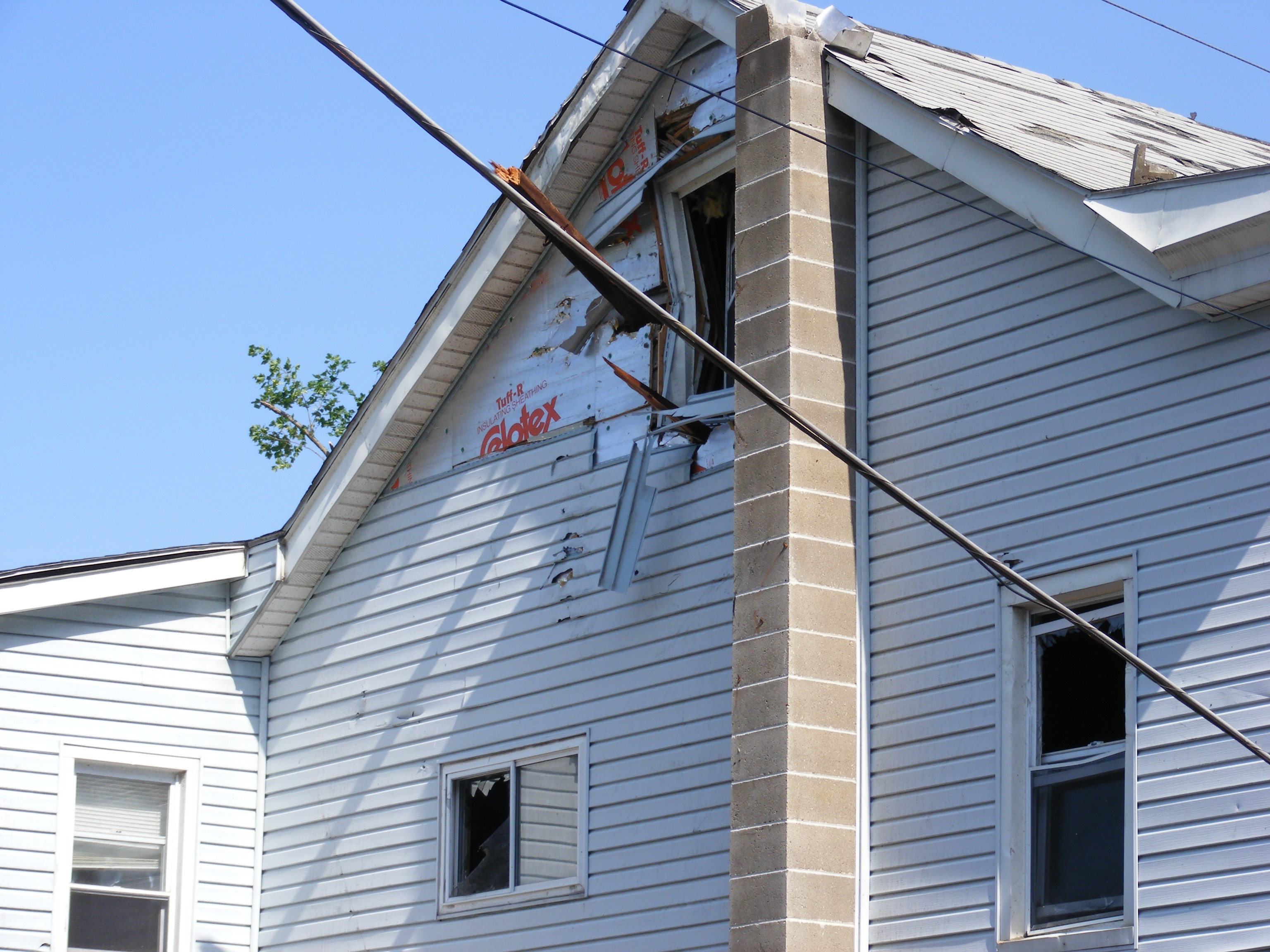 Though severe in the area impacted, the total area involved in this EF1 tornado event of May 2011 was less than 0.25% of the total area of Schuylkill County.

Tornadoes can destroy buildings, flip cars, and create deadly flying debris. Tornadoes are violently rotating columns of air that extend from a thunderstorm to the ground. Tornadoes can:

IF YOU ARE UNDER A TORNADO WARNING, FIND SAFE SHELTER RIGHT AWAY

HOW TO STAY SAFE WHEN A TORNADO THREATENS

Additional safety measures can be found at https://www.ready.gov.